A very important article about why scientific prominence and junk science are converging (maybe that should be past tense???) due to the way NIH steers acadaemia:   http://rodutobaccotruth.blogspot.co.uk/2015/02/nih-funding-stifles-tobacco-harm.html 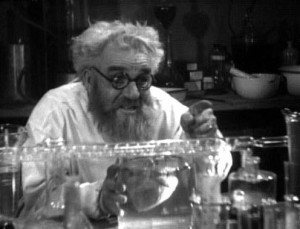 Quotes from the article:

The NIH hostility to tobacco harm reduction was demonstrated in 1994, when the National Cancer Institute attacked me and my university because I published an article in a scientific journal (here).  Nothing has changed in 20 years.  For example, a recent NIH announcement to fund research on smokeless tobacco, which is 98% safer than cigarettes, called for investigators “to develop an evidence base to inform smokeless tobacco control efforts, and to develop effective ways to limit the spread and promote cessation of smokeless tobacco use.”  This prohibitionist mindset produces NIH-funded researchers who are hostile to tobacco harm reduction; the rest are cowed into silence.

It is hard to overestimate the influence of NIH funding.  Universities aggressively pursue grants, and retaining NIH support is obligatory for faculty survival at most universities – influence and prestige are directly proportional to the size of one’s grants.  Due to its magnitude, NIH funding is hugely influential in determining “legitimate” areas of research conducted by hundreds of thousands of university faculty throughout the U.S. <snip> ….   More importantly, the NIH also covers indirect costs, which are not specific to the project but involve administration and facility support.  These are negotiated by each university, and they range from 25% to 100+% of direct costs.  If a principal investigator (or PI – the faculty member leading the project) gets a $1 million grant at a university with a 50% indirect cost rate, the university pockets $500,000.

This entry was posted on May 16, 2015 by karyyl and tagged follow the money, junk science, tobacco harm reduction.

because cultivating the truth requires both seeding and weeding

Smile! You’re at the best WordPress.com site ever